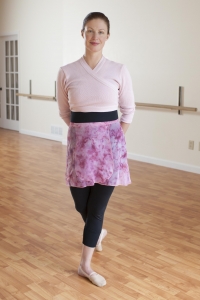 Brea McBride began her training in her hometown of Ironton, Ohio at Yvonne Dekay’s School of Dance.  She has also lived and studied in New Orleans, San Francisco, and New York City.  After graduating from the American Musical and Dramatic Academy in NYC, she was hired as a Mainstage Performer for Disney Cruise Lines.  Brea began her career as a dance educator at The Cynthia King Dance Studio in Brooklyn, NY.  She has taught and choreographed for several local VT studios since moving here in 2004.  Proud moments include restaging a children’s play for the Shelburne Players, choreographing a piece for the Haunted Forest, and working with the children at Camp Dream and Camp Kiniya.  Her most recent professional experience as a principal ballerina in Ballet Vermont’s production of Bee’s and Friends was incredibly thrilling.  Brea credits much of her success in opening her own studio to the completion of the Start-Up Course offered through the Women’s Small Business Program. 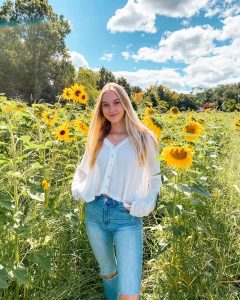 Emily Hemsted began dancing in her hometown of Milton, VT at the age of two.  She began dancing with Brea McBride at age seven and started dancing competitively shortly thereafter.  Emily has been a loyal member of Infinity Dance Studio since it’s opening day in 2011.  Emily has trained in many styles of dance, her favorite being ballet.  Some of her proudest moments include dancing the role of Clara in the Albany Berkshire Ballet’s production of the Nutcracker in 2011.  She was invited to join the Diva Dance Competition National Team, also earning the title of Regional Miss Teen Diva and National Miss Teen Diva in 2013.  Emily graduated from Endicott College in 2021, earning her teaching degree and license in elementary education.  She is currently a graduate student at the University of Vermont studying communication sciences and disorders.

Ava Filan is currently a freshman at the University of Vermont, pursuing a major of elementary education

and a possible minor of American Sign Language (ASL). She began dancing with Brea McBride at the age of 10, and was a member of the Infinity competition team for 7 years.  Her solos, duets, and group dances went up against some of the best dancers in New England in both local and National competitions.  Ava has received training and taken master classes in ballet, jazz, lyrical, contemporary, and hip hop, just to name a few. During her competitive career, Ava was offered a scholarship interview to the University of Ohio in 2021, received multiple high scoring awards, and participated in the National Young Choreography Team for Diva Dance Competition on multiple occasions, eventually winning in 2019. In addition to being a full time student, Ava is excited to be able continue dancing, and start her teaching career at Infinity! 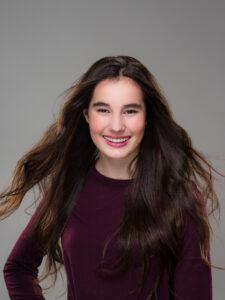 Ava Lovely is currently a full time student attending Essex High School and intends to pursue a career in early childhood education. She began dancing at Infinity Dance Studio at the age 9 and has competed in solo, duet and group dances in a variety of styles in both Regional and National competitions. Ava has received training and taken master classes in ballet, jazz, and lyrical as well as in tap and musical theater. During Ava’s competitive career, she received multiple high scoring awards, was a dancer in the Take Center Stage National Team Dance and won the Diva Dance CdLS Spirit Award twice. Ava enjoys working with children, and she is thrilled to begin teaching Pre-Schoolers at Infinity!

Please include the following Photo Release Form  along with your registration: